I made three trips to Malvern on successive days last week, to cover English Touring Opera’s delicious all-French autumn programme in its entirety. I’m glad I did, mostly because their new production of The Tales of Hoffmann (I’m a massive sucker for operetta composers going “straight”) was an absolute zinger. My review of The Tales of Hoffmann and Massenet’s Werther is here, and of Pelleas et Melisande, here. 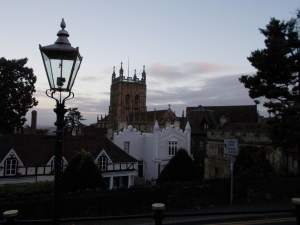 But also because as the afternoon sun vanished over Herefordshire it lit up the Malvern Hills like a beacon, and I was able to make a very long-planned trip to the grave of Sir Edward Elgar, his wife Alice and his daughter Carice. It’s clear that there’s a fairly regular stream of visitors, which, in a small way, is a happy thought. He’s where he wanted to be – and people still care. 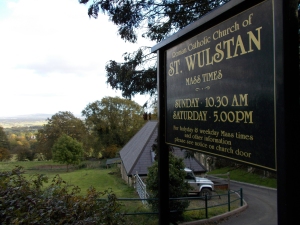