For me, the last weekend of August has traditionally been the time when I take a deep gulp, and look straight into the oncoming headlights of the new concert season. This is it, the party’s over – no sleep till Christmas and a range of mountains to climb first. This year is different: it’s an inexpressible relief, and genuinely inspiring, to be standing on the brink of a new season, and to think of all the fantastic concerts to go to, and the seriously exciting writing projects I’ve got ahead. 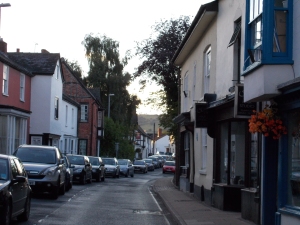 And there could have been no nicer way to say farewell to the summer Festival season than with two visits deep into the Welsh Borders, for the Presteigne Festival. Presteigne is one of those small Marches towns that, deprived of its railway half a century ago, has cheerfully reasserted itself. Like Ludlow to the east and Hay on Wye a couple of valleys to the south, it’s acquired a remarkable subculture of resident artists, foodies, craftspeople and writers determined to make the place thrive. Quirky little bookshops, creaky old coaching inns, artisan bakers, new-age bead shops and family butchers, all clustered round a couple of streets and set against rolling hills. It’s the kind of place that makes you wish you owned a muddy Labrador. 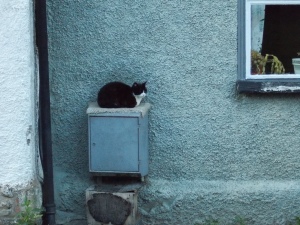 It’s also got an arts festival with serious ambition. The Festival is chamber-scale – the size of St Andrew’s Church puts a natural ceiling on what can be done. But under George Vass’s artistic direction, there’s no ceiling on the quality of the artists who perform, or the Festival’s commitment to contemporary music. Presteigne has quietly become the pre-eminent showcase for a certain kind of British new music which, if you wanted to label it (and there’s nothing dogmatic about Vass’s approach) might be called post-post-war: composers of the quality of David Matthews (who was in the audience last night), Cecilia MacDowall, Robin Holloway, Anthony Payne, Michael Berkeley (who lives just over the hill in Knighton) and the late John McCabe, to whose memory last night’s concert was dedicated. My review of that concert will appear in The Birmingham Post shortly. 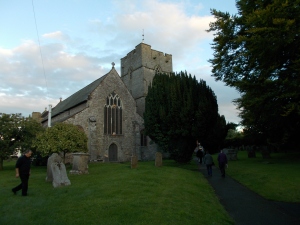 As I said, though, there’s no dogmatism about Presteigne: the Festival opened last Thursday with a strikingly contrasted double bill of chamber operas by Thomas Hyde and the superb Charlotte Bray, one of the boldest and most original voices on the current scene. My review for The Arts Desk is here. The point is, that in this tiny Marches town, these concerts – all of which contained new music, and many of which featured substantial premieres – played to a full house (well, church). And that both before and after the concerts, audience members could be heard praising, abusing, discussing and enthusing over these works in pubs and restaurants around the town. (Oh, and no-one clapped between movements either).

That’s the nice thing about Presteigne: the town’s small enough and the atmosphere is so welcoming that as an audience member, even for one night, you feel like you’re taking part. I was delighted to see some dear colleagues there –  Clare and David Stevens, who live in Presteigne and seem to turn their home into a hotel for itinerant musicians during the Festival, and Stephen Johnson (who lives near Hereford), with the terrific news that one of his orchestral works is to be played at Symphony Hall next spring. I’d wondered about the Presteigne Festival for years; now I’ve finally made it down the valley and across the border, I have a feeling I’ll be going again. 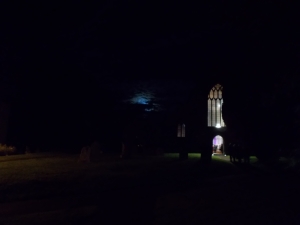 It’s been a busy week, but gratifyingly, a lot of my reviews seem to have gone up nice and promptly. Here’s everything I haven’t already posted up here:

My debut feature for The Arts Desk: and what a pleasant surprise when my colleague (and recent travelling companion in Denmark) David Nice and his husband Jeremy arrived unexpectedly in Lichfield on Saturday for an impromptu visit in which (I’d like to think, anyway) this article may have had some hand…

The CBSO and Lahav Shani play Beethoven, Mendelssohn and David Matthews. Let’s just pray no-one’s seriously trying to line this chap up to follow in the footsteps of Andris Nelsons (at least not for a few years yet, anyway).

Ex Cathedra at Lichfield Festival – it takes something fairly special to get me this enthusiastic about a capella choral music.

Don Pasquale at Longborough – god, I love Longborough, where a picnic can cost £60 a head and still taste delicious. 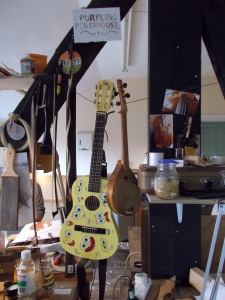 And my visit to the wonderful Newark School of Violin Making is up on Amati Magazine: my thanks, again, to Jessica Duchen for entrusting me with such a fascinating assignment and Ben Schindler at the School for making me so welcome.

Now, one more Salzburg Festival programme note to polish off – Mozart’s Symphony No.1 K.16 (Salzburg’s commissioning editor, Gavin Plumley, has an uncanny knack for spotting the bits of repertoire that only I could fall in love with) – and then we’re off to stay at the Gellert Hotel, Budapest: four nights of operetta (Kalman’s Die Csardasfurstin), art nouveau spas, goose liver, Tokaj and general Habsburg-era fun.

And I don’t have to write a single word about it! (Though I probably shall…)