The Birmingham Post isn’t always able to post online everything that I’ve written for its print edition, so – after a suitable time lag (ideally you should go out and buy the paper) – I’ll be posting my recent reviews here. As per the print edition, they’re all fairly concise – just 250 words. This is of a performance at Birmingham Conservatoire on Tuesday 17 March 2017. 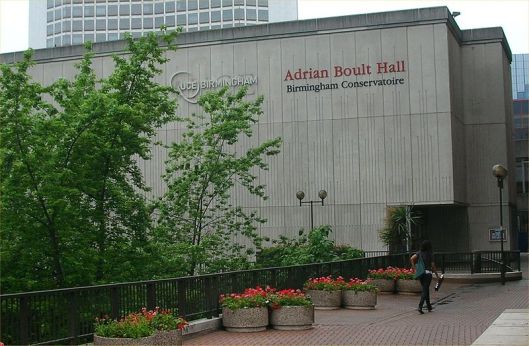 Not in here. It’s just a huge hole in the ground now.

These are the end times for the old Birmingham Conservatoire building. The demolition crews circle, and all eyes are already turned to the promised land of Eastside. But artistically, the Conservatoire is already well more than halfway there. For proof, look at the sheer calibre of the artists giving this spring’s concerts in the doomed Recital Hall: Jennifer Pike, the Heath Quartet, and on this occasion the eminent French-Canadian pianist Louis Lortie, playing music by George Benjamin and Chopin.

This is not a time for sentimentality, and Lortie’s Chopin was defiantly unsentimental. No romantic languour here; the emphasis was on tone-colour and rhythmic clarity. Lortie instantly and unfussily found the character of each of Chopin’s 24 Preludes Op.28: letting the melodic line of the swifter pieces glint like a darting fish in a crystal stream, making bass notes snarl and thunder, and in the gentler Preludes, allowing the melody to find its own level: falling easily over its accompaniment without any undue prodding or tugging.

Lortie can generate a blindingly intense tone on a single note, and after an emphatic finish to Prelude No.12, he seemed to expand into the second dozen. These were freer, more fantastic, and often fierce, and the cycle peaked with a Prelude No.15 that moved from limpid tenderness to a central climax of blazing severity. The softness and transparency of No.23’s spring shower felt all the sweeter for it.

George Benjamin’s Shadowlines – frigid, angular studies in grey – didn’t hold up well next to Chopin. But Lortie approached them with the same focus, offsetting the harshness of the musical foreground with misty echoes in the left hand. A musical reminder that there is, after all, a world elsewhere.